This page is not responding…

Of all the messages you can greet your site visitors with, this is no doubt one of the most frustrating. Of course you can always try a quick refresh, but most people won’t wait around before deciding to look elsewhere for that article, picture, or even that new jacket.

To put it simply: every time your website crashes your business is losing potential customers. A recent study by Gomez, for example, highlighted that 40% of people abandon a website if it takes longer than 3 seconds to load. Depending on how busy your site is, that’s potentially a lot of people.

Whilst you may be aiming for virality with your campaigns and site launches, there is nothing more frustrating from a users perspective than being met with a “website not responding” message, which leads to…

Of course there are always ways to mitigate load time issues and a CDN, it’s certainly one of the easiest ways to deal with these types of traffic spikes.

Sometimes however, it doesn’t matter how robust your infrastructure is, whether you are a large corporation with hundreds of developers at your disposal, a small business, or two guys hacking away in your garage. If thousands or millions of people descend on your site at once, you’re gonna have a bad time. 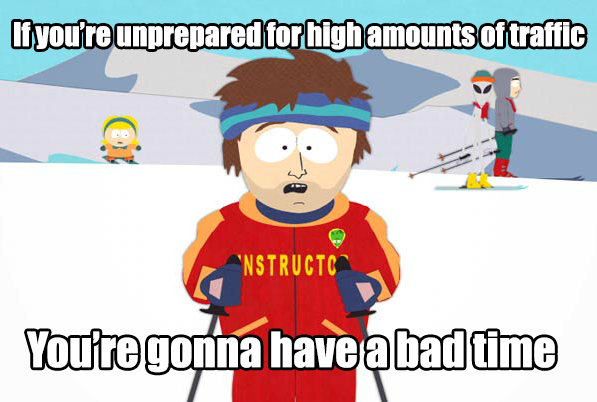 Here’s a collection of the top 5 most recent and infamous site crashes of the last few months.

Let’s begin with the British retailer Marks and Spencers. Recently they redesigned their entire website, when they launched customers were consistently met by a landing asking visitors to “bear with” them, leading their customers to boycott the site entirely until the older version was back in action.

It goes to show in this situation that “if it ain’t broke, don’t fix it”.

Change.org had also crashed in February this year after a controversial figure skating score was given at the even more controversial Sochi Winter Olympics. Viewers were confused when the gold medal was given to Russian skater: Adelina Sotnikova, and not the South Korean: Yuna Kim. The confused viewers flooded onto the website to sign the petition – “Open Investigation into Judging Decisions of Women’s Figure Skating and Demand Re-judgement at the Sochi Olympics”, leading to the site to crash one Friday morning. The petition has gained almost 2 million since it’s creation.

Germany’s internet security website “BSI” crashed after getting alerts of 16 million hijacked accounts, and the website that offered Germans the chance to see if their accounts were compromised crashed almost immediately after launching.

After the secret, unprompted release of Beyonce’s fifth studio album, iTunes managed to sell 80,000 copies in three hours before her fandom took a toll on the site and crashed it. The crash caused mass hysteria on Twitter, with fans complaining about the loading page and some even revelling about the success of the album launch.

Possibly the most famous site crash that was caused by even more famous people, twelve to be exact. Ellen DeGeneres’ selfie taken live at the oscars at the beginning of the month caused so many retweets, that it managed to crash one of the biggest social media sites right now – Twitter. 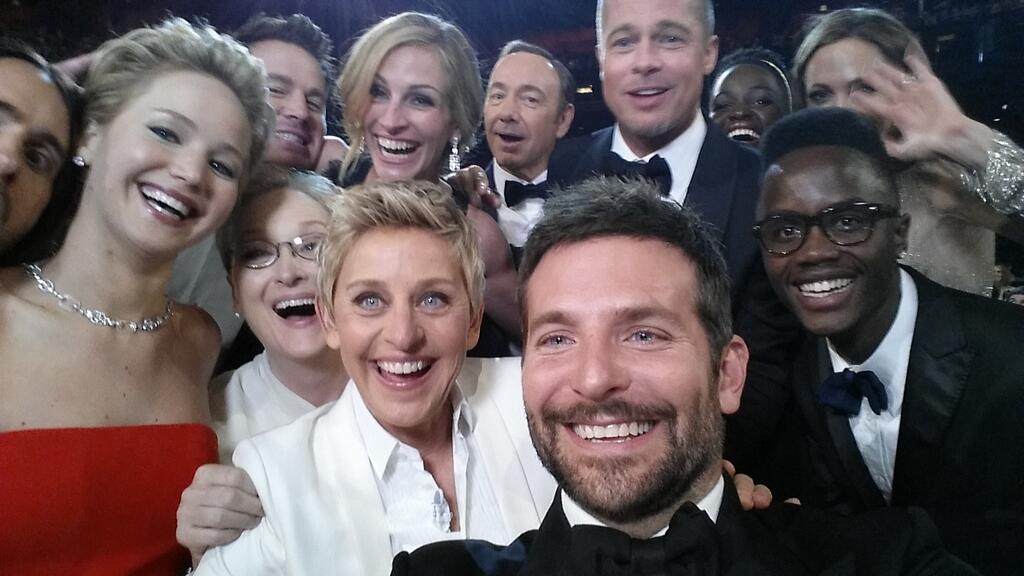 The photo to date has been retweeted over 3,390,000 times and counting.

“It does not matter how slowly you go as long as you do not stop.”

How wrong you are Confucius! Ok to be fair to him he wasn’t talking about websites when he said that but achieving your goals 🙂

One of the goals we have at CDNify is helping people to deliver their content to their users at lightening speeds and these case studies go to show that if you’re not prepared for that inevitable traffic spike, you’re going to be left out in the cold. No matter how big you are. Using a CDN to deliver your content allows you to dramatically increase page load times as all of your assets are served based on your user’s geographical location. If you are looking to protect your website and mitigate any damage done to your brand, then a CDN is a surefire way to quickly and affordably achieve this.

If you are interested in learning more or would like to speak to one of the team about optimising your websites performance then get in touch by emailing hello@cdnify.com and either James, Mike, or Jamie will get back to you.

10 Ways to Speed up Your Site